StorySpotting Extra is a new thing I just invented: a report from an actual gig where I got to use my pop culture experience. Because I like sharing fun moments when theory gets put into practice.

This summer, luckily, we got to have our camps with the Világszép Foundation where I work full time as a storyteller. We take children who live in the state care system to our campsite in beautiful Paloznak for a week (per age group, seven camps total) filled with games, adventures, and storytelling. The latter is very important: we tell stories every night - yes, even to the teens, and they get lullabies too! -, and sometimes in the mornings. Kids who have known us for years look forward to these events, and some of them like to give me requests for what kinds of stories they would like to hear. While the "official" stories are selected in advance, there is always ample time in the afternoons and evenings for some extra storytelling. This year, I got two requests: they wanted "Naruto stories" and "Elsa stories."

The quest was on.

It is always a precious chance for a storyteller to connect to her audience through their fandoms. We can learn a lot from the stories and characters that kids these days are invested in. It is even better if it is a fandom we happen to share: Naruto and anime culture was a part of my childhood too, and I also adore Frozen.

I spent the next few weeks with intensive research. Elsa seemed like the easier ask of the two, since it is a fairy tale adaptation (although pretty far from the original). However, I have never liked Andersen's Snow Queen, and did not want to tell it. Instead, I looked for other tales about powerful women with cryokinetic abilities who are portrayed in a positive light. Suddenly, the search got a lot harder... I returned to one of my old favorites, the legend of Queen Virignal from the medieval German Dietrich cycle. I also tracked down a gorgeous picture book titled Snow Princess, by Ruth Sanderson. This latter is a retelling of a classic Russian folktale, not very close to tradition, but it does have a happy ending (which was very important to me). An American friend helped me track down a copy in time, so I could head out to camp with two "Elsa" stories in my repertoire. 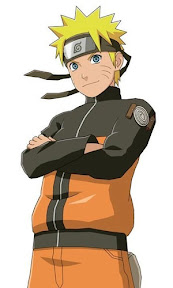 Naruto turned out to be the easier of the two. I started with brushing up on my Japanese nine-tailed fox folklore, which I'm very familiar with from earlier trickster research. Teens and middle schoolers can handle longer, more complex stories, so I added the legend of Tamamo-no-Mae, a fox lady who brought down several dynasties over the centuries, and kept hopping from kingdom to kingdom until he was imprisoned in a rock in Japan, and convinced to change her ways. In addition, a previous StorySpotting article led me to the legend of Jiraiya, a famous ninja whose story inspired several characters and elements of Naruto. It is an epic tale with giant frogs, evil snake demons, and thrilling battles.
All the research was absolutely worth it. The kids asked for the ninja stories right on the first day of camp, and it turned out more than one of them were Naruto fans (I don't know if it's playing on Hungarian TV again, or if it's Boruto nostalgia, who knows). The Jiraiya legend found its perfect audience. I spend more than half an hour telling it. Sometimes we stopped the story and discussed how it had been adapted into the anime, what changed and what stayed the same. We also played with the idea of the legend's rock-paper-scissors concept, where giant toad beats giant slug, giant slug beats giant snake, giant snake beats giant toad. It was very amusing.
The other ninja story was told the next evening. It also took a good half hour while Tamamo-no-Mae rampaged her way across Asia and reached the final battle. After the story, we looked up photos on my phone about the places (and the rock) mentioned in the legend. By this point, the kids got so ninja-happy that they made up a whole ninja movie for their filming workshop. It was an instant blockbuster.
The Elsa stories hit a more personal note. A girl had asked for them in advance, and when we arrived at camp she checked to see if I had them. I told Virginal's legend just to her, sitting on the living room couch. She listened in rapt attention. This legend is very male-focused, but it did not need much creative finagling to focus on the character of the Queen of the Mountains instead. I really enjoyed retelling it from a different point of view, and found new things in the story even though I have worked with it before.
The second story found itself an even better context. At the end of the week we could bid for pictures taken in the photo workshop by the kids. I bid my dessert for one, and for another, I bid the second Elsa story to the same girl. I got to tell it the last morning before the end of camp, just to her. She loved the Snow Princess, and noticed things in the story that I did not. It was a lovely, personal storytelling experience. And I got a lovely photo for it.
There kinds of "gigs" are my favorite. They have everything I love about storytelling: personal connection, cozy moments, enthusiastic listeners, traditional tales, and geeking out over shared fandoms. I can't wait to see what themes they will ask for next...
A Tarkabarka Hölgy at 2:55 PM